D-Bot: Developing a Main Character for a Picture Book

UPDATE: New Type for Title
I'm playing around with type, trying to develop a title design for the book.
Placed the type on a lower layer behind the character artwork.
Not sure it's good for a children's picture book, but I do like it. 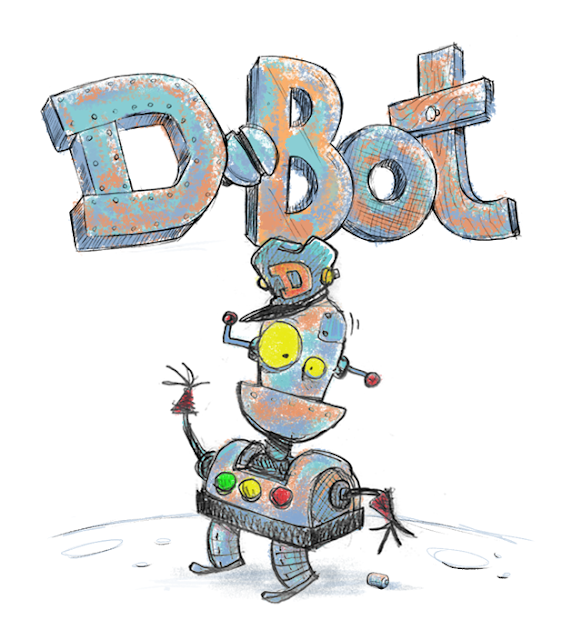 UPDATE: Color experiment
I'm playing around with using a very loose coloring and pencil scratchy pencil holding lines.
Not sure I want to add the rustic tones, might be too much, will have to try out several other color scheme variations. Thinking each type of robot should be a specific color, but not sure the colors should be drastically different.

Those who see my work on Instagram might recognize this character. This is D-bot, the main character in its self-titled picture book story. The look of D-Bot has changed quite a lot over time.
In fact, D-Bot looks nothing like the original sketch from several months ago. As seen below, it was just too ordinary and had no striking features. The story of D-Bot is about self-confidence and self-worth, which needs to show emotions to truly work.


But that first sketch did lead to the 2nd and 3rd versions of the character. Each molding towards the latest design. Take what works and drop what is weak.


I like this 2nd version, very playful and simple . . . but I still wanted to explore the character design


The character was merging into something I could see starring in its own story. I want a robot, but I also want the character to show emotion. If it's too robotic, it'll usually have a dead stare, and the #3 design didn't have pupils, (which doesn't help the character connect with others.)

Below, I broke D-Bot down to all his parts to help analyze and remember how to draw the character. Now, I'm considering using a similar image as a repeat pattern inside the end pages of the book. 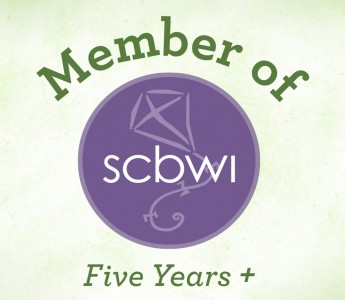 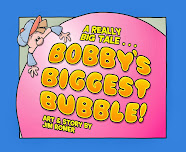